The problem is that we need another model upon which to compare our results.

So we are going to compare the degree of correlation between this Simple Algorithm's projection with that of another projection model's results. For this test I'm utilizing a set of 2020 preseason projections from Fantasy Pros, which are an aggregate of dozens of fantasy analysts. Countless hours of work have been imputed into the creation of these FP projections. By contrast I’ve spent a few minutes, thus far, on my model. 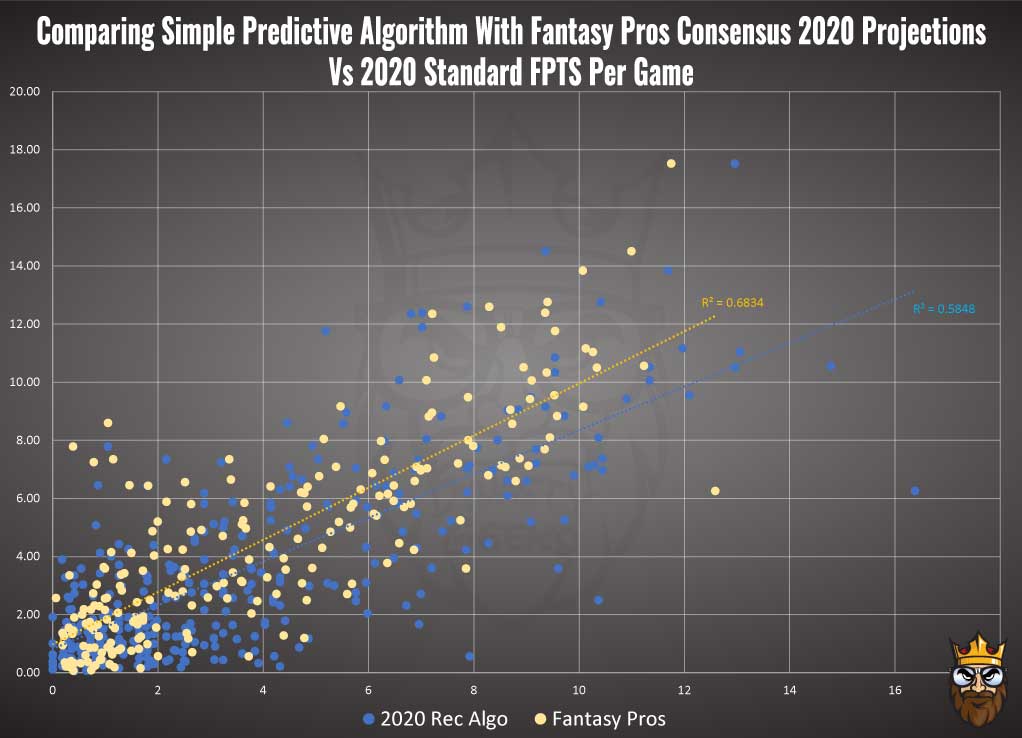 While this does demonstrates that the Fantasy Pro model is a better "fit", and you can see the greater degree of distribution or range of the simple algorithm's projection, the simple algorithm we derived using this method still get’s within a stone’s throw of the same degree of accuracy, with a tiny fraction of the time invested.

Additionally, I spent literally zero time looking for contextual reasons to inflate or fade a player’s potential first down reception per game production. Numerous contextual factors could potentially influence that year-over-year change, such as a new quarterback, an injury to a key player(s) on their team (offensive or defensive, or, quite frankly), a player changing teams. Perhaps the most obvious contextual change year-to-year: age.

One can have a reasonable expectation that players will exceed production from their rookie season in their second seasons in the league. One might also presume that a player at the zenith of his career may be due for negative regression based simply upon age. But what happens in between?

Perhaps year over year changes as it relates to age can improve our projection?